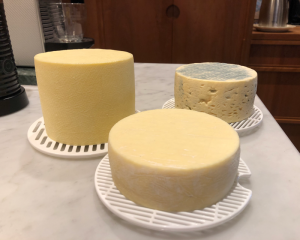 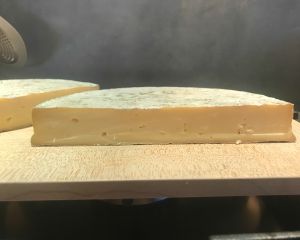 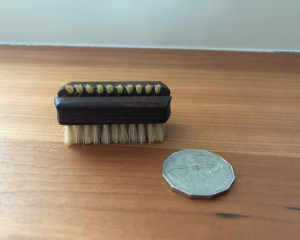 When did you take up cheesemaking and why?  Or what sparked your interest in making cheese?

I started making cheese regularly after I did the Cheesemaking 1 course with Graham over three or four ago.  I had been making yoghurt in an esky for about a year or so before that and I had had a go at making mozzarella and halloumi but didn’t feel at all confident about knowing what I was doing.

I don’t really know what piqued my interest in making cheese. I grew up on Kraft processed cheddar and tasty cheese on toast and my parents’ adventurousness went only as far as a danish camembert in a tin so I can’t put it down to a sophisticated food sensibility. I think in the cultural background there was always talk of Stilton as some kind of mythical beast. I do have a convict ancestor who ended up sailing through the heads into Port Jackson at 19 to serve a sentence for stealing a cheese so perhaps I just got caught up in some strange loop of time and irony.

There must have been some interest in cheese bubbling away in the sub-conscious because at 18 I escaped Perth and went to live in France where I found supermarket shelves of glorious, though mass-produced, cheeses that I now know as bloomy rinds, triple creams, washed rinds, lactic acid sets etc. I quickly developed a serious liking for Munster, a very smelly washed rind cheese, so much so that one day on a suburban bus the piece of Munster hidden in my bag had the locals asking out loud “Qui c’est qui a le Munster?”  I don’t think they realised it was the young foreign woman who was staring at a perpetually moving fixed point outside the window!

I started thinking about learning to make cheese for some years before beginning to search online for a course. I finally found Graham’s truly serious cheesemaking courses and since then I haven’t looked back.

What was the first batch of cheese you made by yourself?

It’s more than a few ago and I am not the greatest record-keeper but I think the first cheese I made after Cheesemaking 1 was camembert.  Apart from the wonder of seeing milk separate into curds and whey, it seemed the stuff of dreams to be able to make a bloomy rind cheese at home that looked and tasted like the real thing! I am not scientific by nature or particularly handy and I get pretty anxious about perfection so for the first 18 months of making cheese there was a lot of quiet and solitary angst and double-checking recipes.

The biggest difference between then and now is that I have learned to not worry (as much) if aspects are not perfect and to think about the process of the make and the affinage. I smell the milk and the curd and the cheese, handle the curd so I know how it feels at different stages, try different cultures and moulds and combinations as well as thinking about the different processes for different cheeses and how the process is intrinsic to the character of the cheese.

I have learned that the vast majority of “mistakes” don’t ruin a cheese, they just make it slightly different from the imagined. There are known and unknown mistakes! I started making the known mistakes about 12-18 months in, which probably indicates that by that time I had relaxed a little – forgetting to add calcium chloride to the milk and getting a weaker curd, forgetting geotrichum in the milk for a bloomy rind, getting distracted and going over time on the acidification stage, over-salting with the effect the bloom didn’t bloom particularly well, letting cheddar curds get too cold due to faffing around with a new form, etc etc.

This “making mistakes” stage has turned out to be a very positive turning point because I have finally learned that mistakes do help real learning – now I will never forget why you keep the cheddar curds warm – if you don’t the curds won’t knit in the press and the final acid level won’t be as high as it could be!

This “making mistakes” stage coincided with a learning tour of pasta filata factories in the region of Campania inland from Naples where I watched experienced cheese-makers at close hand-making buffalo mozzarella, caciocavallo, prima salata and other cheeses for up to 6 hours a day. Observing how they handled the curds at all stages of the make led to a big jump in my cheese education. There was incredible skill and care but also a certain easy confidence in handling that made me think I had been too timid in my approach and too fearful of damaging the cheese.

I also now understand enough about the cheese-making process to experiment. My Caerphilly recipe is a moveable feast at the moment and I have been working on growing only geotrichum candidum on a lactic acid set cheese – using Geo 17 I have achieved a mottled geotrichum/blue mould mix with great tasting cheeses but I am hoping Geo 15 will give the classic white wrinkly brain appearance. 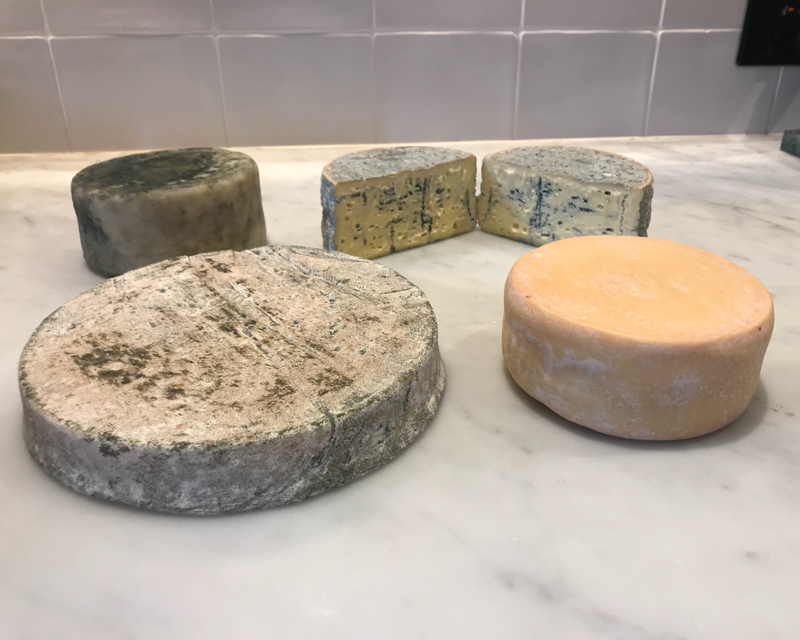 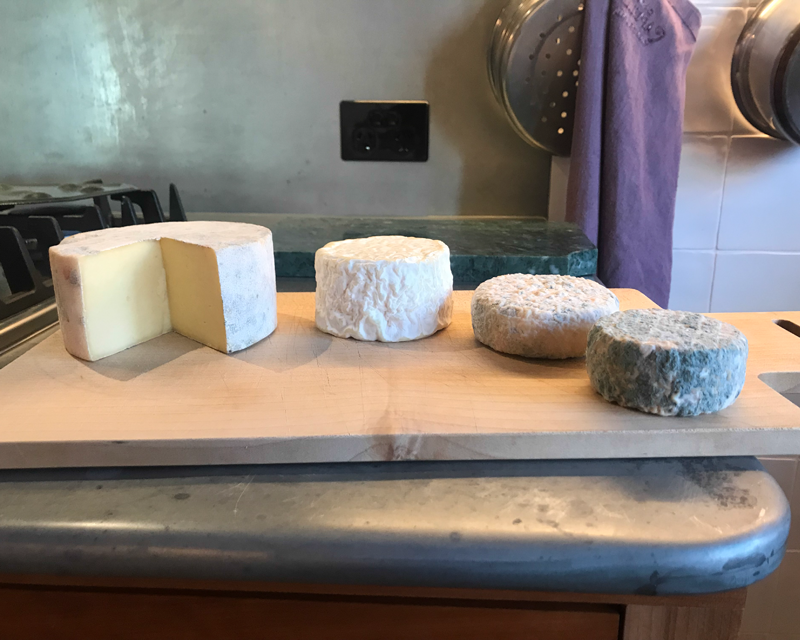 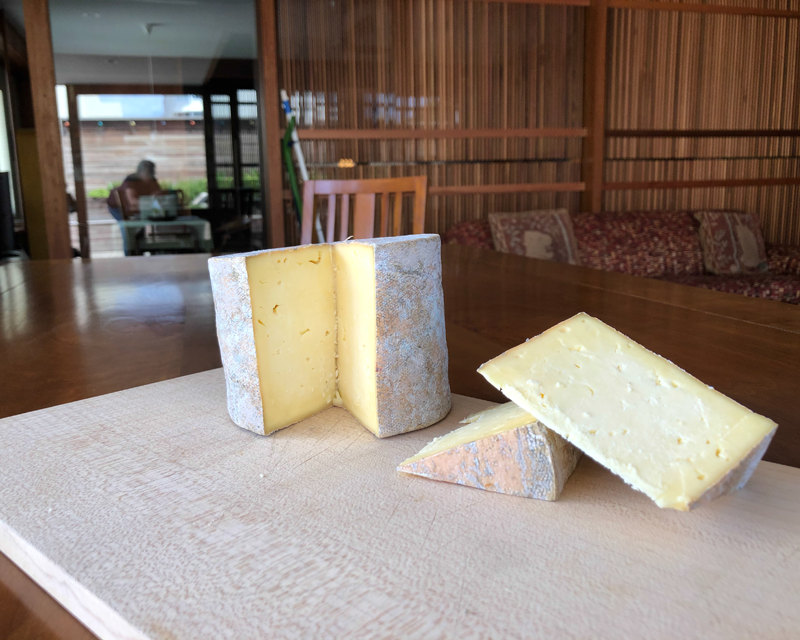 What sort of cheeses (& dairy products eg yoghurt) do you make?

I regularly make yoghurt, fresh lactic acid set curd, halloumi, Brillat Savarin, Camembert, Chaource, mozzarella, farmhouse cheddar, Caerphilly, a creamy blue and a Reblochon-style washed rind. I have made one cloth-bound cheddar that is now 6 months old and hope to mature it for at least 18 months – there is so much stirring involved with this cheese that I think it might be a once or twice a year operation.

The Brillat Savarin recipe comes via Ann of Meet the Cheesemakers on the cheesemaking.com.au website. I have been experimenting with smaller doses of PC and GC and a 50/50 mix and this has produced a more pungent version which is very popular.

I can make three cheeses in a week and then none for a few weeks but I would make a cheese at least twice a month, usually more often.

I like the fact that cheese is just fermented milk that becomes amazingly different types of food according to the process, cultures and moulds use. I also get satisfaction from making something that takes time and effort and can be eaten in small pieces.

What has been some interesting or rewarding cheesemaking experience/s?

Tours of farmhouse pecorino making premises (known as a caseificio) in Pienza and San Casciano in Tuscany. The 15 year old brine and the pecorinos buried in wine were highlights.

A hands-on tour aimed at learning to make buffalo mozzarella and other pasta filata where we visited two caseificii and buffalo farms in out of the way parts of Campania. Meeting professional cheesemakers from England, Mumbai, Cairo and Dubai was a bonus.

A trip to a small neighbourhood market in Milan which had a raw milk cheese stall. The moulds on some of the cheeses were startling.

What has been your biggest cheesemaking challenge/s?

Working in my apartment’s home kitchen and being limited by space and climate. I would have two big cheese fridges if I could! I have been banned from buying more cheese equipment!

What is your favourite cheese(s) to make?

Lactic acid sets are so easy and economical and there are a variety of ways you can go with them – fresh curd, marinated, bloomy rinds, dryer cheeses with natural mould growth, quark etc. I have now found a local supermarket supply of goat’s milk which opens up new avenues.

Brillat Savarin is a regular. Its buttery creaminess is always a winner with my friends.

Cheddar and other English cheeses of that low moisture/high acidity family are the next big challenge. I really took to the taste of a good Caerphilly and have only recently learned there is a rich tradition in English farmhouse cheeses that nearly died out in the first half of the 20th Century due to industrialisation and the centralisation of milk purchasing along with WWII rationing decisions. There are reasons why the French and Italians maintained more of their farmhouse cheesemaking traditions than the English. 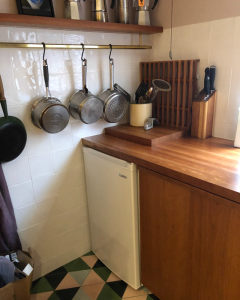 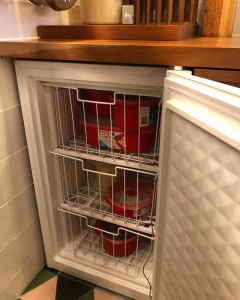 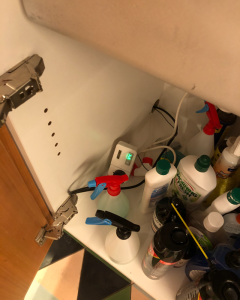 What cheese do you regularly have in your fridge OR What cheese can’t you do without?

You would always find parmesan and usually one or two of marinated Persian Fetta, Chaource, Brillat Savarin, a blue and Caerphilly…

You might find a round of semi-matured Tuscan pecorino brought back from Italy, some bitey English cheddar, Markwood from Milawa or a Norwegian whey cheese.

Go on, enrol in that cheesemaking course!

After that, you will need some basic equipment but nothing fancy. Make yoghurt or easy cheeses first – halloumi, lactic acid sets, bloomy rinds – and then go where your own interests and tastes lead you.

Lactic acid sets and halloumi don’t need a cheese fridge.  For bloomy rinds use an esky and ice packs with a thermometer in a glass of water. You can check the temperature in the morning before work and when you get home.

Repeat recipes until you are confident about the arc of the whole process.

Do you have a favourite cheese(s) and cheese pairing(s)?

My favourite at the moment is Yarg, a caerphilly-type cheese from Somerset which is wrapped in nettles. I like the mild but not sweet and very lingering taste and the natural rind which I am trying to emulate with my Caerphillies.

Always a favourite is the sheep’s milk Tuscan pecorino, both young and aged, not to be confused with the Roman or Sardinian pecorinos and nothing like Manchego.

What cheese do you want to make but have not made?

Is there a favourite book or resource that you reference most to get technical information?

cheeseforum.org is a great site for looking at what other amateur English speaking cheesemakers worldwide are doing, particularly for recipes, tips and troubleshooting.

And Graham Redhead who always answers emails and points in the right direction! 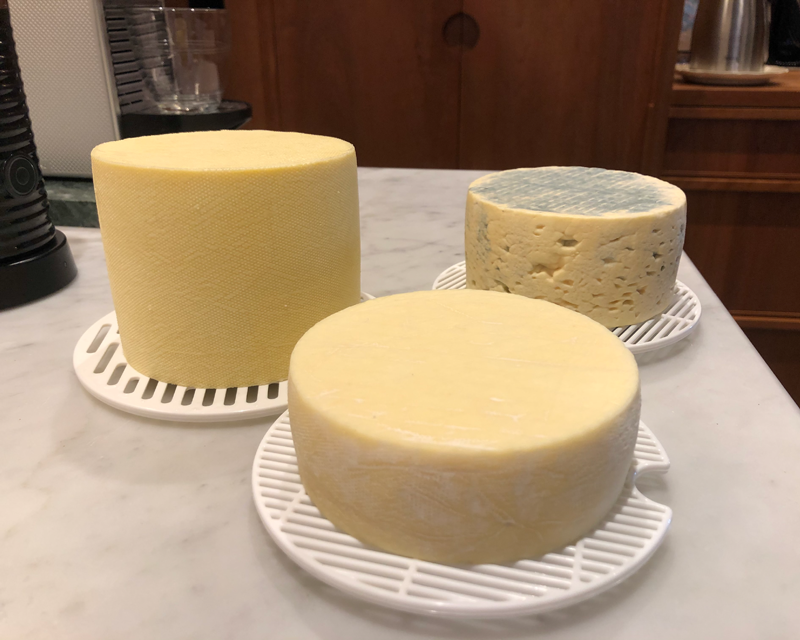