Bandaging Cheese, what does that mean?

Bandaging forms part of the rind or surface of the cheese during ageing and is mostly used on Cheddar and English acid styles of cheese.  All hard and semi hard cheeses are pressed in a bandage.  It helps form the rind on the cheese and is important for promoting whey drainage.

For many cheeses the bandage is then removed on day 2 just prior to brining. But for some cheeses that already have the salt added eg. Cheddar styles, the bandage is usually re-applied to the cheese, typically on the second day.  In some cases the cheese is pressed with the cloth on and in other cases the coarser cloth is used in the pressing of the cheese but is removed and a finer cloth is applied after the pressing is completed.

The cloth protects the cheese physically as well as allowing it to breathe and to help stop the cheese from drying out but an aged Cheddar can be expected to lose 2% of its weight in moisture over 12 months of maturation. Humidity is well controlled to balance weight loss and to minimise mould growth.  A fat or oil is also applied to the cheese surface to help minimise moisture loss during this aging process.  The cheese is usually turned regularly when it is young and less regularly as it matures.

Cloth bound cheese will go mouldy on the surface but this mould is washed off prior to consumption. The beauty of cloth bound cheese apart from its tradition and authentic look is it results in the cheese developing lovely mellow earthy flavours during ripening.  You will notice a difference between two cheeses, if one was allowed to ‘breathe’ and the other was wrapped in plastic the flavours would be distinctly different. 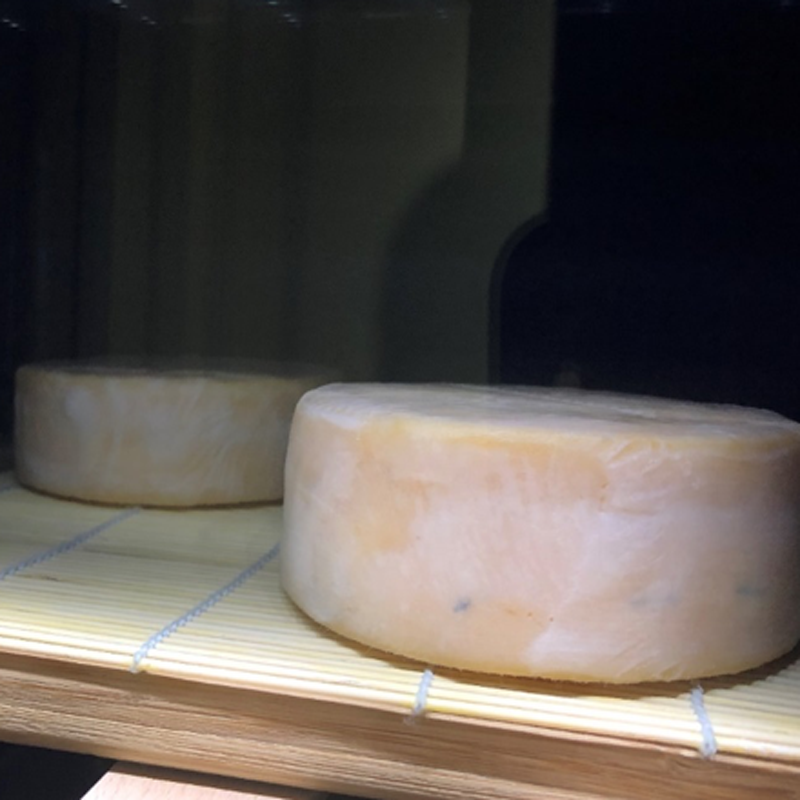