Using a brine to add salt

Salting involves the spreading and distribution of salt through a cheese.  There are two ways to add salt to cheese: by immersing the cheese into salt water, which is called brining or by physically or mechanically adding the salt to the surface of the cheese which is called dry salting.
There are several key reasons that salt is added to cheese and all are very important for the quality of the finished cheese:
Brining is the immersion of the whole cheese in a sodium chloride solution.  Most brines are around 20% – 27% salt content. Once 27% salt is reached that is called the saturation level for salt in water.
Brining is thought to have come about because if dry salt was not available then partially evaporated sea water would serve the same purpose.
When brines are used, the following principles should be followed:
The mechanism of salt uptake of salt from the brine to the cheese is similar to that of dry salting.
The salt is taken into the cheese from the brine and whey (including moisture and some minerals) is then expelled from the cheese into the brine.  This transfer is not always even, as a general rule two grams of water is lost from the cheese into the brine to every 1 gram of salt taken up by the cheese.
A variation in salt uptake means that different styles and sizes of cheeses will require different amounts of time in a brine.
Variation of the rate that salt is taken into the cheese can be achieved by:
Making and using a salt brine
The water used to make up the initial brine should be straight from the tap and heated to at least 80c to kill any unwanted bacteria and the salt should be added to the hot water. The salt for making up a brine does not have to be premium fine cheesemaking salt, as this type of salt can be expensive. The cheapest non iodised supermarket salt is suitable.  The salt should also ideally be free from foreign matter, however if the salt does have foreign matter it will be rendered safe by the hot water and the salt.
When a salt brine is first made up it is necessary to add approximately 1ml of acetic acid and 1ml of calcium chloride for every litre of water so that the acid and calcium levels of both the brine and the cheese are equal. The purpose of adding CaCl to the brine is to maintain the same concentration of calcium in the brine and in the cheese – if the calcium concentration is too low in the brine then calcium will move from the cheese to the brine to establish equilibrium concentration in the brine vs the cheese. If the calcium leaves the cheese then the cheese will go soft.
When the cheese is sitting in the brine, it is ideal to sprinkle a pinch of salt over the surface of the cheese that is protruding from the brine.  The cheese should be turned 180 degrees a few times during the brining process.
It is ideal to reuse a brine as it builds up with substances such as lactic acid, proteins, minerals, lactose and moisture from the cheese however many people will not have sufficient space to store their brines in a refrigerator between use.  If reusing a brine any floating pieces of curd should be removed before use. 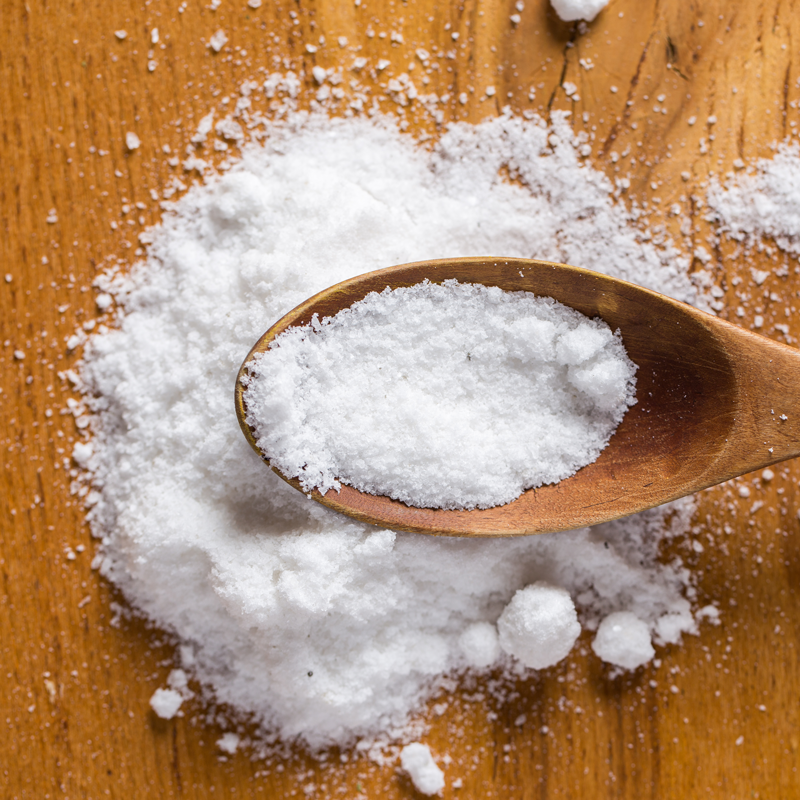