Why doesn’t milk set the same way each time I make cheese?

Achieving a good set of your milk is one of the most important steps in making cheese if you want to make good cheese. But it can also be one of the most frustrating. There are several practical considerations that the cheesemaker needs to be aware of that can affect how well the rennet will work when it is added to the milk to make cheese.

Background to forming a cheese curd
A key part of making cheese is forming a curd. A cheese curd can be formed by either the addition or production of acid in the milk, this is an acid set cheese. Yoghurt, Persian feta and some Mozzarella types are good examples of these. The second way a curd can be formed is by the addition of rennet and is called a rennet set curd. The vast majority of cheeses that you will make and eat will come from rennet set curds eg. Cheddar, Camembert, Blue Vein, Gouda and so on.

What is happening when the rennet forms a curd?
Rennet is an enzyme that coagulates the milk, basically it turns the milk from a liquid to a solid. Chymosin is the active enzyme in the rennet that does this. When rennet is added to the milk (see foot note) it needs to be stirred in very well, the milk is then left undisturbed for a predetermined time, usually from 30 – 60 minutes depending on the type of cheese and the recipe. During this time the Chymosin cuts (cleaves) off the casein portion of the protein from the other proteins (whey proteins) in the milk and the caseins then all bond together into a fibrous structure referred to as a gel. The gel grows in strength during the set period. This gel now contains most of the milks components: fat, casein, calcium, starter cultures, some water, and some of the chymosin itself.

What are the Practical considerations for the cheesemaker?
The formation of this gel is when a cheesemaker may experience differences in how well the curd will set. A cheesemaker requires the gel to be a certain strength (referred to as being set) before the curd can be cut and then stirred. If the set is not strong enough at the cut stage, the finished cheese may have inconsistencies and it may turn out as an inferior quality cheese. A curd that is too soft will not drain sufficiently and will make a cheese that is over moist, over acid and with a weak structure. A curd that is over set will produce a cheese that is too firm, too dry and will not ripen adequately. The issue for the cheesemaker is that all milks do not set exactly the same so it is important for the cheesemaker to understand that there are several variables that may affect how well a cheese is going to set. Understanding these variables will assist you with dealing with the problem for the current batch and or future batches of cheese.

Factors to consider when handling your rennet:

Footnote: Many people use the practice of diluting their rennet in 20 times the volume in distilled or boiled cooled water. This is not necessary for rennet’s that are up to 200IMCU strength. What is important is that the rennet is added over the length of the cheese vat and stirred in very well and the milk is then left undisturbed to set. 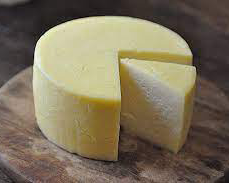