Cheese has been produced from many animals over several thousands of years.  Milk from cow, goat, sheep and buffalo are quite common with less common animals being the yak, camel, llama, ass, elk, mare, caribou and reindeer.

The average composition of milk is given below.

The average composition of milk:

When water and gases are removed from milk the remaining residue is called the total solids (TS) or dry solids content of milk.

The components of milk vary in their characteristics and significance and how they differ can affect how you make your cheese. The major aspects of the constituents are:

Milk is nearly 90% water. Milk without water is milk powder. Cheese is a preserved form of milk. The water of milk is the same colourless fluid known to everyone. In cheese, it is technically referred to as ‘moisture’. Moisture in cheese serves two main purposes.

Suspension of constituents – the lactose, portion of the protein and the ash are dissolved in the water. The fat and the rest of the proteins are suspended in the form of small particles.

Water is essential for the growth of bacteria, and for the enzymatic and chemical reactions which occur in the manufacture and maturing of cheese. The amount of water in the cheese influences the rate of maturing and the hardness or softness of the cheese. A hard, grating Romano will have about 23% moisture (77% TS). Cheddar is 37% moisture (63% TS), a Camembert 53% moisture (47%TS) Quark 79% moisture (21%TS).

If milk is left to stand, a layer of cream will form on the surface. The cream differs considerably in appearance from the bottom layer of skim milk. Under the microscope, the cream can be seen to consist of a large number of spheres of varying sizes floating freely in the milk. Each sphere is surrounded by a thin skin.

Cow milk fat is yellow in colour where all other mammal’s milk is white. Cow’s milk contains a colouring pigment called Beta-carotene (a carotenoid which is a precursor of vitamin A). The same carotenoid is also found in vegetables like a carrot.

In cheese, fat gives the product a flavour, richness, creaminess and smoothness as well as affecting the softness and hardness of the cheese. The breakdown of fat by bacteria and enzymes is responsible for much of the strong flavour development in matured cheese.  In some cases, excessive fat breakdown leads to rancidity.  The fat content influences the firmness and smoothness of the cheese. Lipase is a lipolytic enzyme that is added to milk increase the rate of fat breakdown.

Proteins are an essential part of our diet. The proteins we eat are broken down into simpler compounds in the digestive system and in the liver, and these compounds are then conveyed to the cells of the body where they are used as a construction material for the body’s own proteins.

Milk proteins are generally divided into 4 main classes. Casein which makes up 78% of the proteins in milk, the whey proteins albumin and globulin and the membrane proteins.

Casein is vital for the coagulation of milk.  During coagulation, the casein forms a fibrous network which enmeshes all the other constituents and retains most of them in the cheese.  Casein is present in milk in combination with calcium, in the form of colloidal particles called micelles.

The coagulated casein can hold moisture and the solid components of the milk like a sponge. It will shrink and expel moisture in response to changes in temperature and acidity, and these are the means by which moisture expulsion is achieved in the cheese vat.  If you are not careful in stirring the curd, these structures are broken up and more moisture plus some of the solids components are released into the whey. Simply you will get less solids cheese in your cheese.

Casein influences the firmness and resilience (body) of cheese; the greater the proportion of casein in the cheese, the firmer being the body. Casein is broken down by bacteria and protease enzymes during maturing, and its breakdown products, as with those of the fat, are responsible for some of the flavour development.  Rennet is a protease enzyme.

Between 10 and 15% of the protein in milk consists of albumin.  In cheesemaking, the albumin remains dissolved in the whey. Albumin is therefore called whey protein.

Globulin occurs in very small amounts in normal milk. It coagulates when the milk is heated to about 75oC.  Colostrum (the milk which cows produce during the first three days after calving) contains large amounts of albumin and globulin.  Colostrum milk should not be pasteurised, because it coagulates when heated.

Lactose is a sugar (often referred to as milk sugar) and thus belongs to the group of organic chemical compounds called carbohydrates. It is exclusively found in mammals’ milk. If you taste freshly cut curd it has a slight sweet taste to it, but lactose is only 1/6 the sweetness of sucrose.

Lactic acid bacteria contain an enzyme called lactase, which attacks lactose, splitting its molecules into simple sugars glucose and galactose. Enzymes from the lactic acid bacteria then attack the glucose and galactose, converting them into various acids of which lactic acid is the most important in cheesemaking. This is what happens when milk goes sour, i.e. fermentation of lactose to lactic acid. The lactase enzyme is added to milk to break down the lactose into these simple sugars to make it lactose-free milk for persons with lactose intolerance.

Lactose is water-soluble, and 90% of it is lost in the whey, from which it can be recovered if economically feasible. The remaining lactose sits in the curd particles and is of vital importance, as it provides the food for the starter organisms which convert it mainly into lactic acid. The volume of lactose (and moisture) remaining in the curd at the whey off step and the subsequent conversion or fermentation is the key to making good quality cheese.

The total volume of minerals in milk is very small, less than 1% but they are very important to the cheesemaking process.  Minerals are in two forms in milk: soluble (in whey) or colloidal (linked to proteins).

Milk is known as a good source of calcium, magnesium, phosphorus, potassium, selenium, and zinc. The bond between calcium, phosphorous and the casein in the milk is critical to the formation of a good curd. In milk, approximately 67% of the calcium, 35% of the magnesium, and 44% of the phosphate are salts bound within the casein micelle and the remainder are soluble in the serum phase. We have all added calcium chloride to milk to supplement the existing calcium levels in the milk. Note that adding Calcium Chloride should be done asap as it takes approximately 60 minutes for the Calcium to bind with the casein. Adding Calcium just before adding rennet is of little benefit.

Cows that have reached the end of lactation or cows with mastitis will have a significant imbalance in the mineral content of the milk.

Enzymes are proteins that have biological functions and have both detrimental and beneficial effects on the cheese. Milk enzymes come from several sources: the naturally occurring enzymes in the milk that are provided to help the calf digest the fats, proteins and sugars in the milk. Some of these enzymes will be destroyed by pasteurisation. Then there are enzymes from bacteria, from good bacteria such as the starter cultures and the white and blue moulds and the rennet. Then there are enzymes from bacteria that are not essential and those are considered contaminates, whether those bacteria airborne contamination or unclean equipment or personal hygiene. 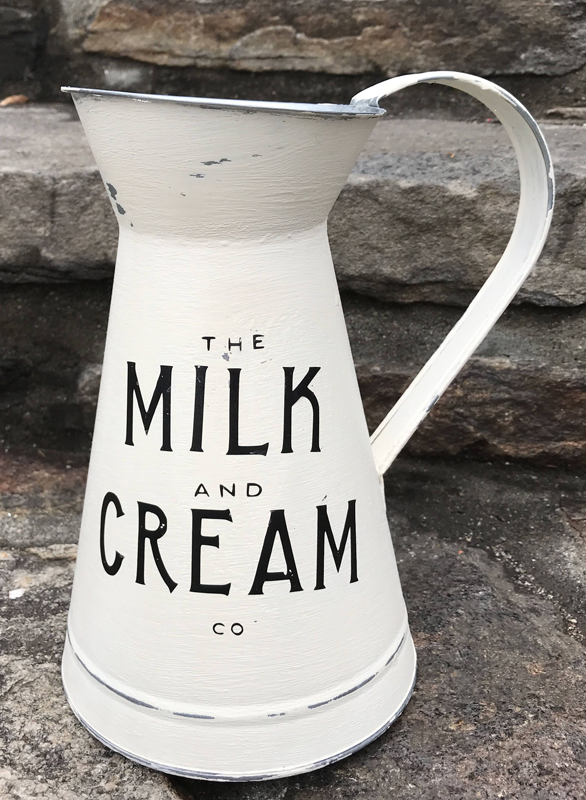